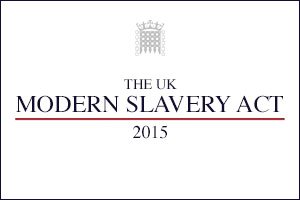 According to research conducted by the International Labour Organisation, more than 40 million people worldwide were victims of modern slavery in 2016, and about 152 million children, aged between five and 17, were subject to child labour.

Speaking recently at the Trust Conference, organised by the Thompson Reuters Foundation, at the European Parliament, Kevin Hyland, the UK’s outgoing Independent Anti-Slavery Commissioner (and former Metropolitan Police head), described how the problem of slavery and trafficking doesn’t just happen “over there.” Referring to the UK’s Modern Slavery Act (MSA), which came into force in March 2015, Commissioner Hyland said that whilst “bringing in legislation is a good step … while we sit, debate and get stuck in academic boxes, people continue to suffer,” adding that at least 13,000 people across Britain are estimated by the government to be trapped in forced labour, sex exploitation and domestic servitude. Some police sources suggest that the true figure could be much higher with anti-slavery investigations rising.

Whilst the MSA made some positive changes, including the UK’s national referral mechanism, and “really important … supply chain transparency,” Commissioner Hyland said that it was still not delivering what is needed.

Section 54 of the MSA requires commercial organisations (supplying goods or services with a turnover equal to or greater than £36m) to prepare and publish a Slavery and Human Trafficking Statement, and publish it on their website with a link to it on their homepage. One of the main criticisms of the requirement is that the sanctions for breach are relatively toothless—remedies are limited to a court injunction compelling the organisation to publish its statement, with no fines or penalties for failing to do so, or for doing so poorly or inaccurately), unless the failure is in contempt of a Court order to publish. No centralised public registry exists, which makes it difficult to monitor whether companies have complied with the requirements, although the Business & Human Rights Resource Centre’s modern slavery registry is perhaps the next best thing.

In November 2016, Baroness Young of Hornsey introduced a private members bill that would have required Government contracting authorities to exclude from procurement procedures those economic operators who had not provided a transparency statement; however, the bill languished in the House of Lords and did not proceed.

More recently, a joint statement drawn up by Commissioner Hyland and signed by thirty-five organisations described compliance with the MSA’s reporting requirement as “weak” and called for a central registry which it describes as “an essential component to … enabling better scrutiny over compliance and making it clear to businesses that Section 54 is a legal requirement, not a discretionary choice.” The statement was signed by British high street names such as Ocado, Marks & Spencer, the Co-op and Clarks, as well as the British Retail Consortium, the Trades Union Congress and various NGOs.

The only real remedy for some time was the “court of public opinion”—with NGOs and other influencers seeking to cajole and persuade the right behaviours. But, as the song goes, money talks. At the end of May, Commissioner Hyland announced that he had written a joint letter with investors totalling assets under management of £817 billion to six FTSE 100 companies which had not complied with MSA, calling on them to improve their action.

The investment firms who signed the statement include Rathbone Greenbank, Aviva Investors, Edentree Investment Management, CCLA and Ircantec, as well as two further anonymous investment houses. It’s too early to say what the outcome will be, but the risk of being outed and named and shamed in the public arena suggests that the recalcitrant six must be feeling some heat from their own investors and stakeholders and, one hopes, taking urgent steps to put their houses in order.

The Thompson Reuters Foundation is the charitable arm of Thompson Reuters news organisation, and the next Trust Conference will take place over two days in November. The conference provides a platform for commercial organisations to showcase the steps they have been taking within their own supply chains to drive out slavery and trafficking, and their approach to ethics and human rights generally. What’s clear is that since the Rana Plaza disaster in 2013, the UK media has increasingly been reporting on slavery as an issue which happens “in our own back yard” as well as overseas, and the effect of large companies speaking out about their supply chains, and the problems of slavery and trafficking, more and more consumers are starting to pay attention.

Investigative journalism is not dead. And businesses, as well as government and international organisations, can play a significant and important role in seeking to eradicate slavery from their supply chains.

When business takes action, there is impact.