The European Commission has published its Brexit mandate with a clear focus on “citizens’ rights, the financial settlement and new external borders,” with the Commission’s chief Brexit negotiator, Michel Barnier, planning to “pay great attention to Ireland during the first phase of negotiations.” In his Next Steps toward Brexit Client Alert, Pillsbury partner Tim Wright explores some key issues including safeguarding of EU citizens, settlement of UK financial obligations, and sorting out the Irish border situation.

Software giant’s victory in “indirect use” case is cause for concern for companies worldwide.

On February 16, 2017, the High Court of Justice in the United Kingdom held that Diageo plc, a global drinks company, was liable for unauthorized use of SAP software as a result of failing to secure “Named User” licenses for its customers and sales representatives who used certain third party applications running on a Salesforce platform that accessed and exchanged data with SAP systems. While the decision does not have direct application outside the United Kingdom and may be appealed by Diageo, it is an important win by SAP and a significant cause for concern for companies licensing SAP software. The decision may embolden SAP to be even more aggressive in attempting to extract additional license and support fees from customers—which could potentially run into tens of millions of dollars for many companies—based on alleged “indirect” uses of SAP software. We encourage licensees of SAP software to get in front of this issue by undertaking an assessment of whether they are at risk for claims of indirect use by SAP.

To read the full alert on the Pillsbury site click here… 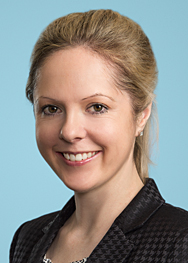 Recently, governments and rule-making bodies across Europe, the UK and globally, appear to be paying increasing attention to the need for the development of legislative and regulatory frameworks in the expanding field of artificial intelligence (AI) and robotics. With the growing use of these technologies across a wide range of industry sectors, we expect to see new laws and regulations being introduced in this area in the coming years, across a broad spectrum of legal disciplines including intellectual property rights and product liability.  Discussed below are some recent developments in this area in the European Union, the United Kingdom, the United States and Japan.

The European Commission’s Legal Affairs Committee recently published a report calling for EU-wide rules governing AI and robotics[1]. Rapporteur Mady Delvaux (S&D, LU) said: “A growing number of areas of our daily lives are increasingly affected by robotics. In order to address this reality and to ensure that robots are and will remain in the service of humans, we urgently need to create a robust European legal framework”.

END_OF_DOCUMENT_TOKEN_TO_BE_REPLACED

“We will follow two simple rules: buy American and hire American.” While world leaders are pondering what these words from President Trump’s Inaugural Address mean for international trade, a different question looms for U.S. Government contractors—what is on the horizon as far as the Buy American Act and similar protectionist regulations?

To finish reading this article written by our Pillsbury colleagues click here.

END_OF_DOCUMENT_TOKEN_TO_BE_REPLACED

The FCA has fined Aviva, the UK insurance group, £8.2 million for failing to have appropriate controls over its outsourced service providers. According to the FCA’s press release, the fine would have been even larger at £11.8 million but for a 30% discount due to Aviva for agreeing with the FCA to settle at an early stage.

END_OF_DOCUMENT_TOKEN_TO_BE_REPLACED

If you operate a website which does business with consumers based in the European Union, read on.

In the recent case, Verein für Konsumenteninformation v Amazon EU Sàrl (28 July 2016), brought by Austrian consumer protection body Verein für Konsumenteninformation (VKI), the Court of Justice of the European Union (ECJ) held that Amazon’s standard terms of business were unfair under the Unfair Terms in Consumer Contracts Directive. As such, an injunction was granted forcing Amazon to change its standard terms.

END_OF_DOCUMENT_TOKEN_TO_BE_REPLACED

In case you missed it, the Great British public caught the world off guard when, on 23 June 2016, a small but significant majority voted in favour of the UK withdrawing from the European Union. Much like the termination of an outsourcing agreement without detailed exit provisions and a well worked out plan, the decision has sparked political and economic chaos, as the UK is plunged into a period of prolonged uncertainty with much wider ramifications for political stability and economic growth across the EU and beyond.

What does this all mean?

From a UK-based outsourcing lawyer’s perspective, it is very much a case of wait and see. The English law regime applicable to outsourcing and procurement remains, for the time being, “as is”. Until parliament moves to repeal or amend the European Communities Act 1972, UK laws, which include the application of the EU Treaties, remain unchanged. Moreover, laws and regulations which have been transposed into English law in response to EU Directives in diverse areas such as working time, agency workers, data protection and TUPE laws will continue until further notice.

END_OF_DOCUMENT_TOKEN_TO_BE_REPLACED

The ERISA Advisory Council1 recently announced that, as part of its goals for 2016, it will be focusing on cybersecurity issues affecting retirement plans and, in particular, the extent to which such issues relate to third-party administrators and vendors (TPAs) of retirement plans. To read what our attorneys have to say about this click here. 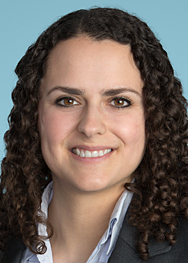 The Protecting Americans from Tax Hikes Act of 2015 (the “PATH Act,” Division Q of the Consolidated Appropriations Act, 2016, P.L. 114-113, enacted December 18, 2015) made some important changes to the U.S. federal income tax treatment of U.S. real estate investments by non-U.S. persons under the Foreign Investment in Real Property Tax Act of 1980 (“FIRPTA”).