Any company that uses information technology is a potential target for data theft, advanced malware and other cyber threats.  Cyber threats have emerged as a growing systemic risk particularly to the financial sector in which Financial Market Infrastructures (“FMIs”) are increasingly under attack from a wide range of players, at greater frequency and growing levels of sophistication.   Regulators, standards bodies and other authorities around the world are giving a high priority to cybersecurity for these reasons.  This post summarizes what regulators are doing in the Europe to address these threats and describes some of the actions companies everywhere can take to minimize their exposure.

What are EU regulators proposing to improve FMI cybersecurity?

The European Commission has initiated a push to “protect open internet and online freedom and opportunity” by 2020. This initiative includes combatting cyber-attacks against information systems, establishing an EU cybercrime centre and coordinating Emergency Response teams, cyber-attack simulations and national alerts among all EU Member States. These efforts are also intended to align with the international fight against cybercrime. The next five years will see an increase in costs as FMIs and regulators pay to rapidly update single FMIs and solidify an EU-wide cybersecurity structure.

END_OF_DOCUMENT_TOKEN_TO_BE_REPLACED

Join two of our SourcingSpeak bloggers, Joe Nash and Meighan O’Reardon, as they explore “Cybersecurity as a Service,” an emerging concept that allows companies to more centrally manage cybersecurity. They will highlight how these services may be leveraged by corporations looking to mature their cybersecurity capabilities and address cybersecurity risk from a legal,

operational and management standpoint. Topics that they will cover include:

END_OF_DOCUMENT_TOKEN_TO_BE_REPLACED

The security community has been abuzz this week with the US. District Court of New Jersey’s April 7 ruling in Federal Trade Commission v. Wyndham Worldwide Corporation, et al. (see http://www.adlawaccess.com/wp-content/uploads/sites/137/2014/04/Opinion.pdf). Wyndham had asserted in a motion to dismiss that the Federal Trade Commission (“FTC”) did not have the authority to pursue enforcement actions against the hotelier related to data security. The District Court denied the motion and held that the FTC may in fact pursue claims related to data security under Section 5(a) of the FTC Act’s prohibition on unfair or deceptive acts or practices affecting commerce (see 15 U.S.C. 45(a)). While the significance of the holding is being debated in the legal community, this week’s decision highlights the Federal Government’s increasing emphasis on requiring certain baseline cybersecurity practices by the private sector.

The background facts of the case are fairly straightforward. The FTC brought suit against Wyndham Worldwide, Corp. in the wake of three separate security breaches that occurred between 2008 and 2011 and resulted in the theft of guests’ personal information (e.g., payment card account numbers, expiration dates, and security codes). The FTC alleges that after the initial two security incidents, Wyndham failed to implement reasonable and appropriate security measures which exposed consumers’ personal information to unauthorized access and resulted in consumer injury. Specifically, the FTC alleges that there were several problems with the Wyndham’s information security practices including wrongly configured software, weak passwords, and insecure computer servers.

So what does the Court’s holding mean for the private sector? Since, up until this case, the FTC’s data security actions have been settled out of court, this case marks the first time that the courts have ruled on the merits of the FTC’s authority related to data security actions. Fundamentally, the decision affirms that the FTC has the power to pursue enforcement actions for unreasonable cybersecurity practices under existing laws. The Court, however, cautioned that “this decision does not give the FTC a blank check to sustain a lawsuit against every business that has been hacked.” It is also important to note that the Court’s decision did not include a verdict on Wyndham’s liability in the matter (interested parties should continue to watch as the matter continues).

END_OF_DOCUMENT_TOKEN_TO_BE_REPLACED

Much has been said about the EU “Cookie” laws introduced by an amendment to the Privacy and Electronic Communications Directive in 2011.  Companies with European customers (including those in the US) have grappled with the law’s requirement to obtain informed consent from visitors to their websites before cookies can be used.

Not only being the subject of much academic debate, European regulators have also issued a series of guidance papers on the issue, including recent publications from the UK’s Information Commissioner’s Office and from the Article 29 Working Party, the group made up of representatives from the various EU privacy regulators.  These provide layers of at times arguably conflicting commentary on how to comply with the law.

END_OF_DOCUMENT_TOKEN_TO_BE_REPLACED 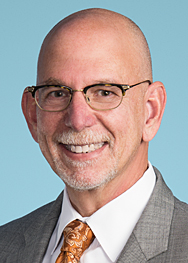 This article was originally published on February 27, 2014 and is reprinted with permission from Corporate Compliance Insight.

Managing third-party suppliers presents significant compliance challenges that often span an organization, raising legal, insurance, human resources and technology concerns, to name just a few. Corporations will continue to wrestle with these risks in the year ahead, but the convergence of external threats, abundance of valuable corporate data and the current regulatory environment has highlighted the importance of corporate cybersecurity practices. Cybersecurity is perhaps one of the hottest topics being discussed in boardrooms today.  The Cybersecurity Framework,

anticipated legislation and litany of high-profile data breaches have resulted in even more heightened scrutiny.

END_OF_DOCUMENT_TOKEN_TO_BE_REPLACED

On February 12, 2014, the National Institute of Standards and Technology (“NIST“) released the final version of its Framework for Improving Critical Infrastructure Cybersecurity (the “Cybersecurity Framework” or “Framework“)

and the companion NIST Roadmap for Improving Critical Infrastructure Cybersecurity (the “Roadmap“).

The final version is the result of a year-long development process which included the release of multiple iterations for public comment and working sessions with the private sector and security stakeholders. The most significant change from previous working versions is the removal of a separate privacy appendix criticized as being overly prescriptive and costly to implement in favor of a more general set of recommended privacy practices that should be “considered” by companies.

END_OF_DOCUMENT_TOKEN_TO_BE_REPLACED Customers increasingly are taking advantage of Software as a Service (SAAS) and other cloud-based solutions available in the marketplace. There are of course many legal and commercial issues that customers should consider when evaluating contracts provided by suppliers of these solutions. This post focuses specifically on issues arising when SAAS or other cloud solutions will be provided from an offshore location. For example, data hosting, help desk/service desk, implementation, and disaster recovery services are often provided from India, the Philippines and other offshore locations in support of solutions that are delivered in North America and Europe.

END_OF_DOCUMENT_TOKEN_TO_BE_REPLACED

Google has figured out that I shop for a lot of children’s clothing online, as my two children grow like weeds. Every time I launch a search, my banner ads link to brands that I have bought previously or similar brands that other consumers may have purchased. That is Big Data at work, as it is being used to identify other brands that I might be interested in purchasing based on shoppers with similar consumer profiles to mine. But let’s say that the next banner ad I receive isn’t for children’s clothing, but is instead for an all-inclusive Caribbean vacation. Well, I have never searched for Caribbean vacations, why would this be turning up? Again, this is Big Data at work, because patterns in human behavior have informed Google that people with small children are likely good targets for a quick getaway vacation. This is an example of the value of Big Data in predicting individual consumer behavior based on the behavior of many.

“Big Data” is the somewhat uncreative but accurate term for the process of collecting, culling, and categorizing of data from diverse sources on a massive scale. Through the application of algorithms, companies are analyzing Big Data in order to see patterns in human behavior, and (most commonly) using it to develop targeted, individualized marketing. The primary goal of Big Data is to learn from a large body of information things that we could not comprehend when we used only smaller amounts. Recent trends point to an increase in the use of Big Data, but there are several cautionary points from a legal and privacy perspective to consider.

What are the uses of Big Data, and who uses it? The potential benefits are wide ranging, but can be categorized as follows:

END_OF_DOCUMENT_TOKEN_TO_BE_REPLACED

In addition to the consumer hoopla over iOS 7, companies managing BYOD programs also have reason to rejoice. As reported on CIO.com, iOS 7 brings about a new level of control for companies through expanded app-level MDM Capabilities. MDM, or Mobile Device Management, is the technology that companies use to try to segregate the corporate and the personal realms on mobile devices.

Of course, the trick is not in having the coolest technology, but it how you use it. For app-level MDM to work, the company takes control over the app (including the ability to wipe the app and its data). For some apps that themselves share personal and corporate activities (e.g., the address book), the company’s use of MDM to protect its corporate assets will also sweep in personal assets. One can debate whether this is good or bad, but it does exacerbate challenges in balancing personal versus corporate interests. The tool makes it easier to protect the corporate assets, but exposes the personal assets to greater risk.

As we have outlined in prior posts, courts have striven to protect the individual’s interest in their personal data stored on mobile devices from over-reaching companies. Again, as we have previously discussed, the best way for the company to protect itself is by being very clear in its BYOD policies as to what it will and will not do. This requires the manager of the BYOD policy to understand clearly the technical implications of the new iOS 7 capabilities–including both the intended and unintended consequences of leveraging those capabilities–and to make those implications clear to company employees.

END_OF_DOCUMENT_TOKEN_TO_BE_REPLACED

It has been said for some time that data is the new oil, but many global organizations continue to struggle to comply with regulatory requirements when it comes to the exploitation of this valuable resource.

A recent worldwide audit of over 2,000 websites, coordinated by the Global Privacy Enforcement Network (“GPEN”), has revealed “significant shortcomings” at many organizations. In particular, approximately half of the websites “swept” failed to display a complete, coherent and compliant privacy policy, or worse still, any policy at all.

The audit, the first of its kind, was conducted in May of this year by 19 different data protection authorities around the world, including the UK’s Information Commissioner’s Office (“ICO”).”The results reveal significant shortcomings” reports Adam Stevens, Intelligence Officer at the ICO, on 16 August, stating that 23% of the 250 websites it reviewed had no privacy policy at all and that a third of those that did have policies ” were considered to be difficult to read, and many weren’t sufficiently tailored to the actual website”.