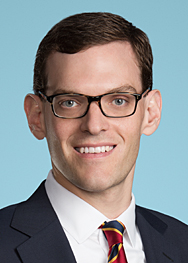 Outsourcing contracts often include mechanisms to adjust prices for inflation. Among the factors of production, the cost of labor is the most critical and is often subject to these adjustments.

To account for rising production costs in a particular market,** service providers will typically ask for an annual price increase that is pegged to a standard cost of living benchmark, such as a public consumer price index (CPI). Some onshoring and offshoring examples:

Another key aspect of a proper pricing adjustment calculation is the appropriate “sensitivity factor” negotiated between the contracting parties. The sensitivity factor results in a more accurate measurement since it seeks to carve out non-cost of living sensitive components reflected in the pricing methodology. In other words, the sensitivity factor may exclude amortizing start-up costs or fixed costs such as facilities. I will reserve discussions on how to properly consider sensitivity factors for another day, but remember that it is a key component of properly managing rising costs in the outsourcing relationship.

Which Index?
Which inflation index should you use? The debate often focuses on one or both of a sector-specific employment cost index and a broadly defined consumer price index such as the US CPI published by the US Department of Labor. The US CPI is accurate, and it is arguably the most transparent index since the Department of Labor publishes scores of historical data along with tools to help read and interpret the data.

Most importantly, from the customer’s perspective, inflation in the United States has been historically modest – for the last two decades, U.S. inflation has generally hovered between 2% and 4% (the recent recession notwithstanding). The US CPI typically lacks wild swings and is marked by small increases, which gives an outsourcing customer certainty and stability in analyzing its long term base case. This is in contrast to the U.S. Employment Cost Index (ECI), which service providers will sometimes ask for in labor-only transactions. The ECI is a quarterly report of compensation costs that accounts for changes in wages, bonuses, and benefits. The ECI, however, fluctuates more widely and is more uncertain than US CPI; therefore, customers ought to insist on pegging any pricing adjustments to the US CPI.

Sometimes, however, circumstances dictate that contracting parties may agree to the CPI of a different country. For example, if a service provider not only provides, but also delivers all of its services in India, then a service provider may have a valid argument for pegging its pricing to an Indian CPI (or whichever country has services being delivered). Unquestionably, however, customers should do their research before agreeing to use such an index since India has a history of high inflation, and continued inflation in this market could result in vast price increases during the term of a customer’s outsourcing contract. One mechanism to avoid such increases and more effectively manage the risk profile is by placing a cap on the pricing adjustments due to foreign country inflation (e.g., a 3% cap would be considered reasonable).

Out with the Old: India WPI & India CPI-UNME
Until recently, contracting parties employing an Indian index have had two choices: the Consumer Price Index – Urban Non-Manual Employees (CPI-UNME) and the Wholesale Price Index (WPI). The WPI is India’s oldest economic indicator and is published by the Office of the Economic Adviser to the Government of India. The WPI was restructured as recently as 2009 by replacing its prior 1993-1994 base year with a 2004-2005 base year among other changes. The WPI reflects the price of a wholesale basket of goods, which is currently made up of 676 items that include tires, toothbrushes, ice-cream, mineral water, flowers, microwave ovens, washing machines, gold and silver. Since the WPI only measures the price of commodities, however, this index poorly reflects the reality of pricing in the services sector, which now makes up 60% of the Indian economy.

When taking into account services, a more accurate index has been the CPI-UNME, which was instead published by the Government of India Ministry of Statistics & Programme Implementation, Central Statistical Organization (MOSPI). This index not only depicted the changes in the level of average retail prices of goods, but it also included services consumed by the urban segment of the population. Urban families who derived a large portion of income from non-manual occupations in the non-agricultural sector were the target group of this index. But because of its outdated base year (1984-1985) and its limited scope, MOSPI decided in 2008 to discontinue publishing the CPI-UNME once it was able to collect sufficient data for a new, broader index.

In with the New: New India CPI
In January 2011, MOSPI implemented the new index as planned, which is being referred to as the “new” CPI. As the Wall Street Journal reported last year, “[t]he move is part of a wider effort by the [Indian] government to address inefficient and archaic data-collection processes and outdated inputs that have hampered obtaining timely and accurate readings of price trends essential to central bankers, government officials and financial market participants.” So far, figures have been published each month over the past year, but the first annual figures will soon be published this month.

Some of the changes to the new index include:

Recommendations
India’s goal is to turn the new index into its gold standard CPI measurement. Customers who have current outsourcing agreements in which economic pricing adjustments are tied to either the WPI or the CPI-UNME should take heed – those out of date metrics will soon be (if not already) discontinued. Therefore, customers should review their existing contracts with Indian service providers to determine whether the new CPI changes will require changes to the contracts.

Remember that the base year for the new CPI is currently 2010 (and soon to be 2011-2012); therefore, there is little “look back” in order to assess historical patterns in the new CPI. At least until the new CPI has more historical data, customers may be better served by a more established index.

Finally, customers should pay attention to not only the trends in the inflation indices, but also the service provider’s historical prices. Despite soaring inflation in India, most service providers’ rates have remained flat since they have internal mechanisms to control costs while sustaining their profit margins. For example, service providers will control the labor pool by hiring junior (and lower paid) employees and remove senior (and more highly paid) employees from a customer’s account in order to keep labor costs low. Furthermore, other production costs have decreased markedly over the past decade (e.g., telecom costs), which has helped service providers manage their costs despite rapid inflation. Therefore, if an Indian service provider attempts to tie its prices to the new CPI, but its historical rates for services have remained flat, then using the inflation index might be unwarranted.