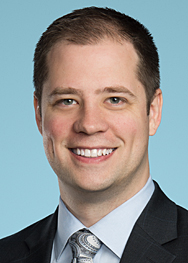 Transition Services Agreements (TSAs) have become common (and more complex) in corporate divestitures, mergers, and spin-offs due to the increasing operational complexity of the environments impacted by these transactions. And if M&A activity increases as expected, despite a slow start in 2012, these agreements will continue to play an important (but often undervalued) role in the success of the transaction (especially after the closing dust settles).

Transition services typically are provided by the seller to the buyer (or by the former parent to the spun-off enterprise) to ensure business continuity and interim operational support for the impacted business during a “transitional” period after closing. Transition services may also be required from the buyer or divested enterprise where, for example, commingled tools, operations, software products, and know how need to be leveraged by the seller or former parent for some period of time. These “reverse” transition services are often overlooked.

In effect, transition services are a form of outsourcing where the processes that were previously handled internally are performed by the formerly affiliated enterprise during the transition period. Sounds simple, right? Isn’t it just maintaining the status quo for a short time?

Well, most companies have learned (some the hard way) that it’s not always so simple. For example, what happens (as is often the case) where the services are actually provided by a third party service provider (an outsource provider) under a contract with the seller and now need to be extended to the newly unaffiliated enterprise? Does the third party agreement allow for services to be extended to an unaffiliated party? Is consent required? Will it impact the price of these services under the agreement? And what about the underlying factors of production, such as enterprise licenses needed to provide the services. Does the license allow for this use? You get the picture.

For these reasons the tendency to put the TSA on the backburner until the deal is nearly closed has proven to be a formidable pitfall in many transactions. If you are the buyer, imagine how sales might be impacted if basic blocking and tackling for the sales support of your new company is not in place right after closing. Suppose, for example, it turns out that a mobile device (an iPad, perhaps) is not connected to the database in which key sales data resides? Or maybe there is access to the database but the server is down and (oops) there is no support or helpdesk to resolve the problem quickly? Scenarios such as these must be carefully considered and addressed in the TSA just like they would in an outsourcing.

Don’t Wait
Whether you are the buyer or the seller, you should treat the TSA as an integral part of the overall deal negotiation. Negotiating the TSA at the eleventh hour could:

Negotiating the TSA in parallel with the purchase agreement helps avoid these pitfalls, particularly in a competitive bid process.

Know Where You Stand and Plan Ahead
Similar to outsourcing arrangements, it is important to perform proper due diligence to avoid unpleasant surprises. For example, software licenses need to be examined when IT services are involved. If software licenses are part of the assets being sold, some combination of the purchase agreement and the TSA must address the license transfer process, including who pays for the cost of any consents from the vendors, and who bears the financial risk for licenses that can’t be transferred and need to be acquired.

There also is the wrinkle of determining whether software licenses need to be leveraged to allow for delivery of the transition services. For example, many enterprise licenses don’t permit the use of software for “service bureau” purposes where the software is used to provide a service to an unaffiliated third party. For these reasons, early and informed diligence must be integrated with the transition services process to ensure that the intended transition strategy can be executed effectively.

The relationships formed by a TSA generally are out of necessity, not convenience, and usually are focused on the minimum operational needs of the impacted business over a short period of time. However, even in the short-term, needs change and the unexpected can occur. While the service provider might not be expected to accommodate significant changes, the TSA should include some measure of flexibility to address the reasonable needs of the service recipient’s business – perhaps in the form of a protocol for adding a new, short term service or allowing for a modest extension of the transition term with advance notice.

So What’s the Key Takeaway?
Take the TSA seriously and plan for it early and in an informed manner. The issues highlighted above offer only a glimpse into the complexity you should be prepared to consider to ensure that the transition is effective and without surprises for either side. If you are a seller, resist the urge to postpone preparation for transition services until you’ve selected a buyer. If you are a buyer, at a minimum outline the likely scope of what you’ll need for transition operations as part of your diligence process. By approaching the TSA as an abbreviated form of outsourcing, the seller can mitigate the risk of potential decreases in the sale price (and a delay in closing), while the buyer will be in a better position to avoid the risk of service interruptions or, even worse, a dilution of the synergies that inspired the acquisition in the first place.