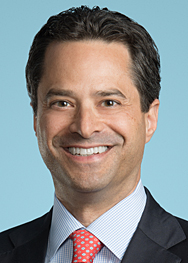 In our last post, we posited that the new year brings an opportunity for a fresh start in structuring fundamental aspects of an outsourcing transaction. We pointed to the following mechanisms used to restrict a customer from an early exit from an IT outsourcing deal as being outdated, having originally been designed to protect a supplier’s significant capital investment in outsourcing deal, which has all but disappeared in today’s typical deals:

As we indicated in our last post, the suppliers’ case for continued use of these mechanisms is not compelling, but we acknowledged that suppliers do have a legitimate case for having an expectation of revenue in order to justify the level of discounted pricing offered to the customer up front. To better illustrate why these mechanisms are ill-suited to addressing the revenue expectation, consider, for example, a termination for convenience fee. This is typically structured based on the timing of the termination (with a higher fee at the beginning of the term, moving to a lower fee as one approaches the end of the term). This assumes revenue will be fairly evenly distributed over the term, but is this a reasonable assumption? What if the customer provides more revenue earlier than anticipated, or less revenue overall? Termination fee provisions rarely provide for any adjustment for revenue actually received by the supplier.

Another example is resource category “banding”, which sets boundaries around chargeable resource volumes and forces a price renegotiation if the boundaries are exceeded (up or down) on a sustained basis. What if the customer is actually compensating for lower volumes of one service by purchasing higher volumes of another service, such that aggregate anticipated revenue is maintained? These mechanisms would still trigger a price renegotiation, eliminating price predictability, even where revenue is the same or even higher than anticipated.

The remaining mechanisms are similarly ill-suited because they do not focus directly on revenue (e.g., exclusivity is simply focused on locking the customer in the transaction, without regard to revenue; any limitation on withdrawal of services is just that, only being indirectly related to revenue). A better solution would be one that is tailored to addressing this expectation specifically. For example, a revenue target can be established, and revenue can be measured and tracked easily relative to that target. Suppliers can and should take some risk of “business downturn” for the customer, however the customer should bear the risk of its own decisions to in-source or re-source the services to other suppliers, as this is squarely within their control. The customer can be afforded a reasonable degree of flexibility to remove some volume of services (measured in terms of its revenue), bearing the consequence of the aggregate of such decisions over the term of the deal. In addition, the customer need not be unreasonably penalized for falling short of the revenue expectation (e.g., the infamous “take or pay” remedy where the customer must pay 100% of a revenue shortfall). Instead, where the customer falls short of a revenue expectation, it could be expected to pay the supplier a reasonable amount commensurate with aggregate revenue received, akin to a pricing adjustment reflecting a lower discount for lower revenues. Any termination by the customer for cause should operate to reduce revenue thresholds, on the theory that the customer should not be expected to meet the same threshold where the supplier is not performing what it has promised.

By focusing more on revenue expectation, and less on outdated mechanisms, a fair deal reasonably aligned with both the supplier’s and the customer’s objectives can be established. This would surely be a welcomed start to the new year for outsourcing customers.