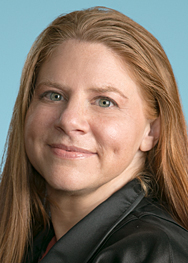 “The details are not the details. They make the design.” – Charles Eames
Indiana vs. IBM

In 2006 Indiana awarded IBM a contract for more than $1 billion to modernize Indiana’s welfare case management system and manage and process the State of Indiana’s applications for food stamps, Medicaid and other welfare benefits for its residents. The program sought to increase efficiency and reduce fraud by moving to an automated case management process. After only 19 months into the relationship, while still in the transition period, it became clear to Indiana that the relationship was not going as planned. The expected levels of automation were not being realized. Instead, the program reverted back to a caseworker process, and performance was consistently slower than agreed to levels.

In October 2009, Indiana terminated the contract claiming that IBM committed a material breach. The claim relied primarily on a showing that the coalition of vendors led by IBM consistently missed the key performance indicators (KPIs) for Call Center abandonment rate, timely processing of applications and redeterminations, and service level metrics (SLMs) for adherence to proper processing procedures. IBM claimed that only a limited number of KPIs applied during the relevant period, and IBM already fulfilled their performance obligations by paying liquidated damages as a penalty for these KPI failures.

This case is interesting because it is rare for material breach claims such as this to be decided by a court. Typically, these cases involve messy arguments of cause and effect, and so most are settled by negotiation. Outsourcing practitioners should take this opportunity to learn from a judge’s perspective on materiality and the meaning of these complicated contractual arrangements.

The court found that Indiana failed to prove that IBM materially breached its contract with the State. The Marion Superior Court in July 2012 held that widespread performance failures by IBM did not constitute a material breach when certain program objectives (e.g., increased efficiency, reduced fraud) were being realized by the State. Judge Dreyer also held that IBM’s ongoing improvement precludes a finding of material breach within the short nineteen month period between service commencement and termination, and that payment of liquidated damages fulfilled IBMs performance obligations. In summary, the court found that IBM “substantially performed” its contractual obligations to the State, precluding a material breach award. IBM received a damages award of $52 million for subcontractor fees and equipment being used by the State. The State of Indiana is appealing this decision in the Indiana Court of Appeals, where various briefs by IBM and the State are due between now and the end of July 2013.

Could Indiana have avoided such heartbreak?

Including the following contractual levers and utilizing such measures in an agreement may have more adequately protected Indiana’s interests: