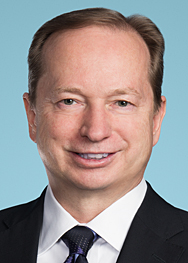 October 1st marked the beginning of open enrollment for the federal and state health care exchanges (“Exchanges”) created to comply with the Affordable Care Act (“ACA”) of 2010, commonly referred to as Obamacare. The creation of the state and federal exchanges was and is a massive undertaking, involving the “unprecedented task of linking databases maintained by insurance companies, [and] states and federal agencies, including the Internal Revenue Service.” (“Obamacare Web sites see much interest, some glitches”, The Washington Post, October 2, 2013).

As anyone who has been involved in large scale IT projects knows, these types of projects invariably encounter glitches before they work smoothly, and the health insurance Exchanges are no exception. Many users of these Web sites encountered error messages or experienced significant delays when they tried to access the Exchanges to research their health insurance options.

Federal and state health officials initially blamed the delays on higher-than expected site traffic, and pointed out that any new technology is going to have errors at first that need to be corrected. But the Exchanges have been up and running for over three weeks now and issues remain, particularly with the federal exchange HealthCare.gov. Some specialists have suggested that extensive changes are required before the site will operate properly and that the repairs could take months. (“Contractors See Weeks of Work on Health Site“, The New York Times, October 20, 2013) The problems have created mounting pressure on the current administration, including plans for a congressional hearing later this month and calls for senior administration officials to lose their jobs. (“HealthCare.gov launched despite warning signs”, The Washington Post, October 22, 2013).

Indications at this point are that a number of missteps contributed to the problems with HealthCare.gov. During the 10 months prior to the October launch, the government changed the software and hardware requirements for the project at least seven times. (“Contractors See Weeks of Work on Health Site“, The New York Times, October 20, 2013) As of September, the government was still debating whether consumers should be required to register before shopping for insurance. (“From the Start, Signs of Trouble at Health Portal“, The New York Times, October 12, 2013) As late as September 26th, the system had not been tested from the end-to-end perspective of an individual trying to buy insurance on the site. (“HealthCare.gov launched despite warning signs”, The Washington Post, October 22, 2013). The federal government appears not to have followed a disciplined process in completing this project, which is a critical mistake that is all too common in these kinds of projects.

We outlined some of the elements of a more disciplined approach in our prior post [Obamacare: Meeting Implementation Challenges with Contracting Best Practices], including (1) a robust Implementation Project Plan to clarify the responsibilities of the parties engaged on the project, (2) the use of Critical Milestones to ensure that the contractor is delivering value during the course of the project and as a bright line test of whether the customer is entitled to exercise termination and other remedies, (3) requiring the contractor to pay Critical Milestone Credits as an incentive to stay on schedule, and (4) defining clear Acceptance Criteria to signify when a milestone has been met. For instance, if the federal government and its 55 contractors had adopted an Implementation Project Plan and strictly adhered to it, the government would have been forced to provide requirements earlier in the process, which would have permitted more time for developing and testing the code and may have mitigated some of the current issues.

The roll-out of HealthCare.gov is a good reminder of the types of things that can go wrong with large software development and integration projects. Although it is not clear whether contracting deficiencies contributed to the Exchange-related issues, below are some additional tools that a customer that is about to embark on such a project may use to prevent similar problems.

The issues arising in connection with the roll-out of HealthCare.gov demonstrate the need for companies to be careful when entering into contracts for large scale development and implementation projects, and the foregoing tools will help to provide the type of protection needed for these transactions.