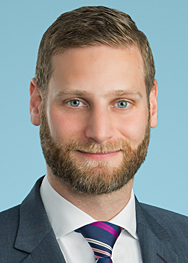 For some time the position under English law relating to the recovery of liquidated damages from a contractor as penalty for late delivery has been unclear where the contract terminates before the contractor completes the work. Welcome clarity has now been provided by the Supreme Court in the case of Triple Point Technology Inc v PTT Public Company Ltd. The decision means that unless the liquidated damages clause “clearly” provides otherwise, liquidated damages for any work not completed by the date provided for in the agreement can be claimed for the period up to the date of termination.

Background and Court of Appeal decision

In the Triple Point case, Triple Point (“Contractor”) was engaged by PTT Public Company Ltd (“PTT”) for the design, installation, maintenance and licencing of a new software system. The contract provided for payments to be made upon achievement of defined milestones and included a completion date for the first phase of the project.

“If Contractor fails to deliver work within the time specified and the delay has not been introduced by PTT, Contractor shall be liable to pay the penalty at the rate of 0.1% (zero point one percent) of undelivered work per day of delay from the due date for delivery up to the date PTT accepts such work…”

The UK Supreme Court also clarified that liquidated damages can also accrue after the termination of the contract, but in order to do so this will need to be expressly provided for in the wording of the relevant clause in clear and unambiguous terms.

A note of caution….