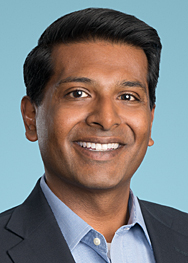 The timelines of most strategic IT or sourcing projects are punctuated with key moments that can make or break the deal. These include defining the customer’s strategic objectives, determining which suppliers will be asked to compete (assuming it’s not a sole source deal) and, of course, executing the contract. Another critical juncture is downselection. This is when the customer eliminates competition by choosing a “winning” supplier and focusing on getting a contract signed.

Customers should manage the downselection process thoughtfully. Here are some factors to think about:

The customer should downselect when competition is no longer beneficial and when it becomes more efficient to start final contract talks. At that point, the customer should have had enough discussions with each supplier so that the customer has a detailed understanding of each supplier’s proposed solution, pricing and terms. Similarly, the suppliers should have had enough time to perform their due diligence to ensure that their bids are grounded in reality.

Ideally, at this stage a customer should be able to compare the suppliers’ positions on key terms on an “apples to apples” basis so that it will be relatively straightforward to identify a winner. Also, any remaining open issues with the winner should not be material in either number or substance. The contracting phase with the winner therefore should be, as much as possible, an exercise in just papering the deal.

2. Communications.
It also matters how the customer communicates its decision to winner and to the unsuccessful suppliers.

For those suppliers that didn’t make the cut, the customer should be sensitive in what it says and how it says it. These suppliers have invested significant resources in the pursuit and they will want to know why they weren’t chosen. Some may even interpret the communication as a negotiation tactic and will try to make concessions to stay in the race. In making its communication, the customer therefore should be firm but gentle. The customer also may have other strategic relationships with the rejected suppliers, so it is important to communicate in a way that keeps relations between the companies cordial. Last, it is always possible that the customer in fact cannot reach a final deal with the winner, so it is in the customer’s interest to have another supplier potentially to turn to.

The customer’s communication to the winner in turn should be clear on a number of points. First, clearly articulate the basis of the customer’s decision (e.g., the winner’s “best and final offer” on pricing or agreement on key terms like liability or IP rights) and make clear that there will be no reopeners. This will mitigate any subsequent backsliding by the winner. Second, identify a clear timetable to get to the final contract quickly and efficiently. An extended post-downselection period will just give the parties more of an opportunity to continue negotiations and reopen issues. Third, make it clear that if the contracting process does not proceed to the customer’s satisfaction, it reserves the right either to forgo the deal or to restart competition. This way, the customer will be able to maintain some leverage in the talks.

3. Backsliding.
Backsliding by the winning supplier almost invariably happens. It’s a combination of negotiation strategy and human nature. The customer should expect this and be prepared for it. Although the customer’s leverage practically disappears the moment it downselects, it can take steps to keep the supplier focused.

First, make sure that the terms already agreed to (whether financial, operational or legal) are well articulated and as clear as possible. This way, when the customer is confronted with backsliding, it can pull out evidence of what the supplier has signed up to. As noted above, there should be relatively few open issues left to discuss, which should minimize the opportunity for reopeners. Second, be serious about either suspending the talks or bringing one of the other suppliers back into the process. These sorts of transactions can affect an organization for years and, if one takes a huge step back, no deal may be better than a bad one. Suppliers will backslide only if they think they can benefit from it. Last, get to contract quickly. Negotiations follow an inexorable logic: the more time there is to negotiate, the more negotiation there will be.

What It All Boils Down To.
The downselect decision boils down to this: is the customer better served by maintaining leverage through competition or by working out details with a single supplier?

Of course, if the customer downselects too soon, it may be giving up valuable leverage and setting itself up for a tough contract negotiation.

But there is also a downside to waiting too long that customers often don’t think about. Maintaining a competitive process is time-consuming and expensive for everyone. If downselection is delayed too long, it can become a waste of time because the benefits are no longer worth the level of effort. The customer also may lose credibility with the suppliers and deal fatigue can easily set in on all sides. It may be a far better use of the customer’s limited resources to focus on the preferred solution in order to get the deal done.